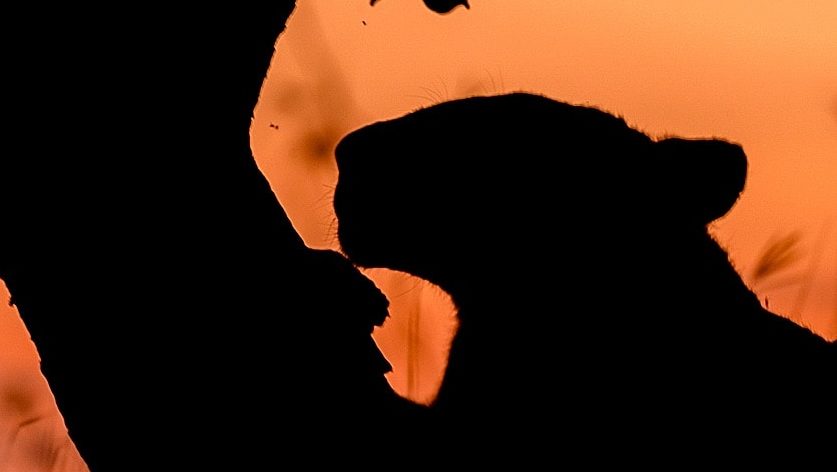 Hi all, thanks for joining me here on the blog. Today we have the conclusion of this day with a few last shots taken at dusk

Don’t forget we are accepting pre-registration (at no obligation yet) for our next African Safari. If you fancy being a part of the next Africa Live click the link to read the details. Use the contact form at the end of the page to let us know you are interested and you will be added to the waiting list and notified when the details are finalised .

Thanks all, here we go… 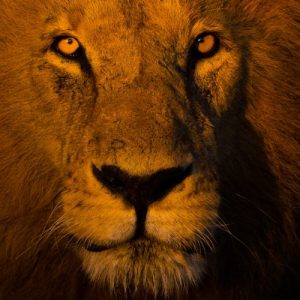 A quieter afternoon on the plains with nothing astounding going on for a change! The air was hot and all the cats were hidden away in the shade including our Cheetahs.

We roamed the plains and after several hours of searching as the light was fading fast we came across the pride relaxing up on a mound. The area was a little tricky to get too but no challenge for Charles.

Due to my obsession with backlighting and partly due to the lay of the land we were in for some silhouettes. I would have loved some moody clouds behind but the clear orange sky wasn’t too shabby at all… 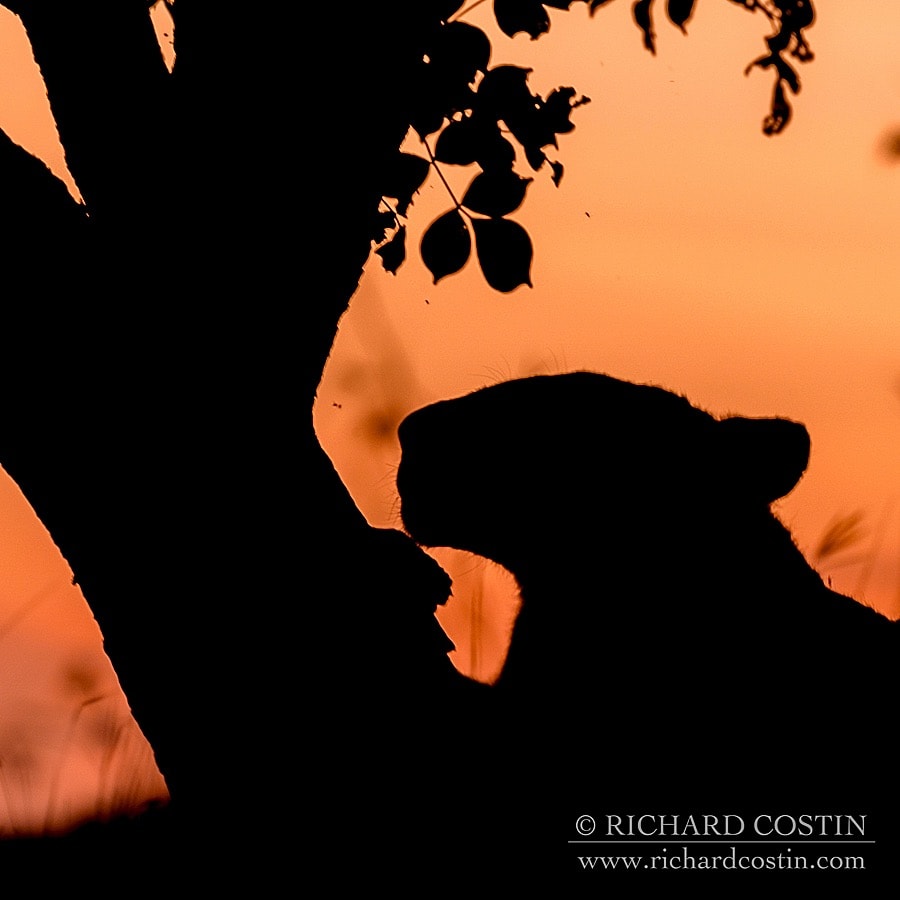 Thick foliage made getting a clear angle very tricky. 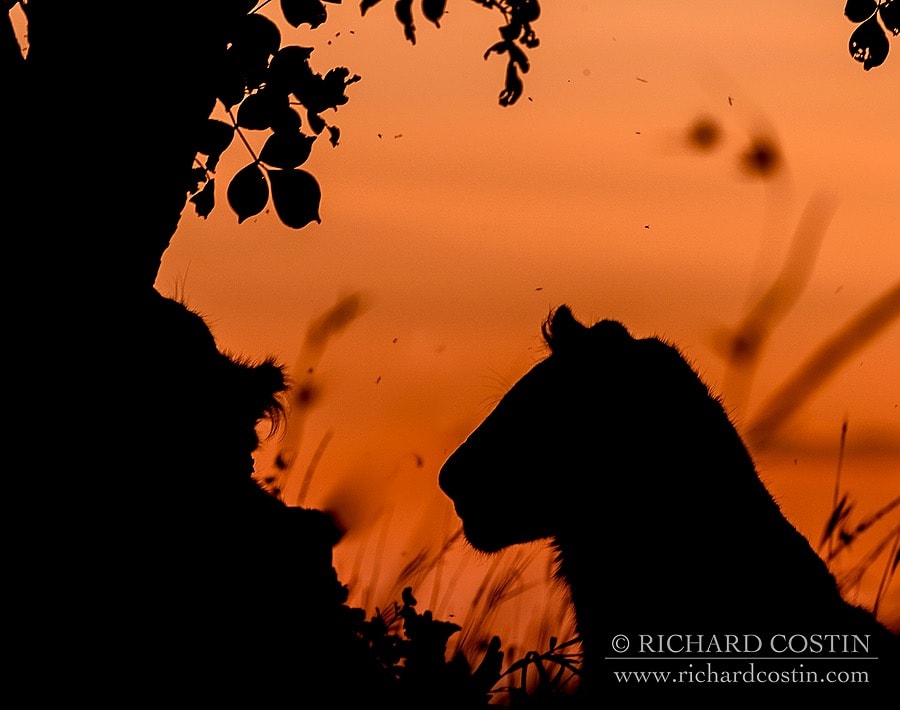 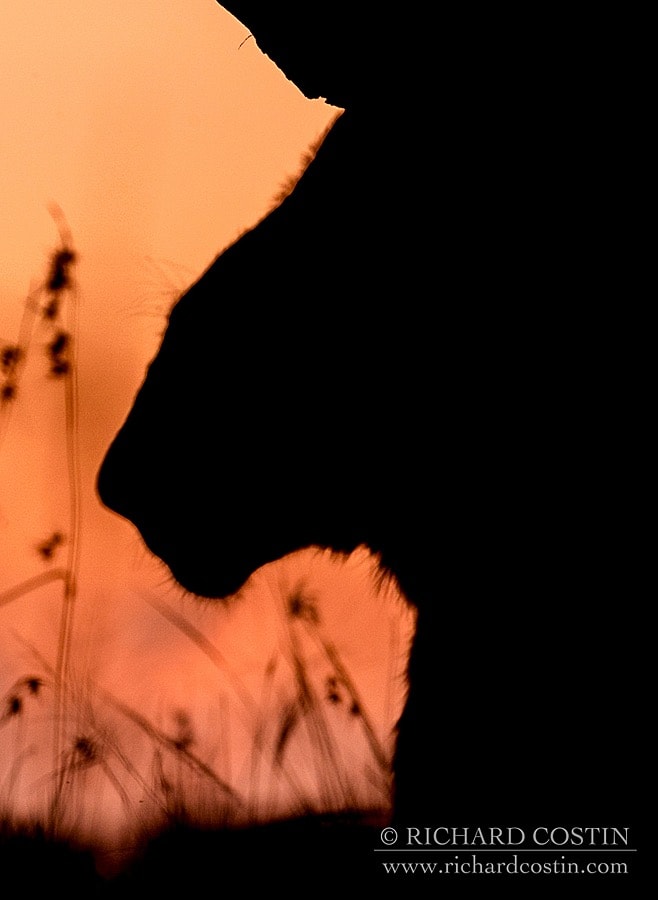 Slowly on the move, as far as we knew nothing much was going on….. 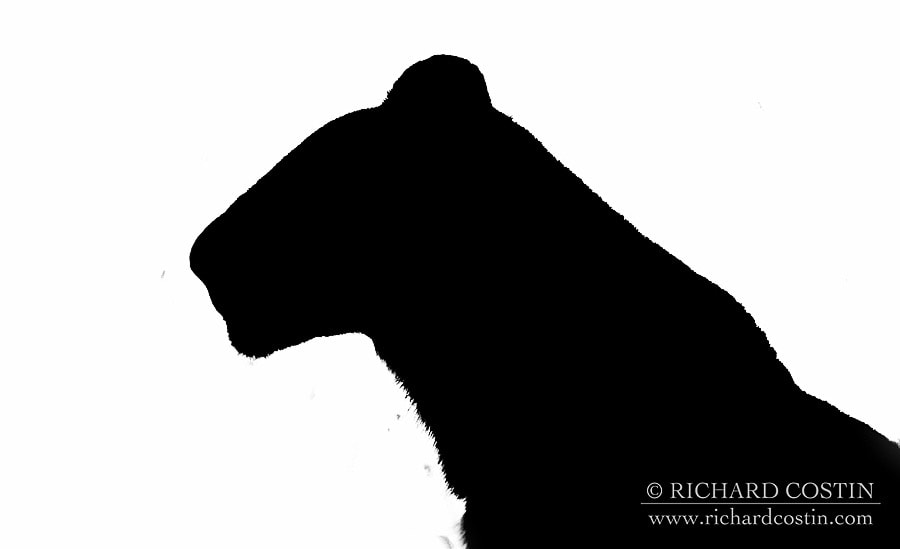 I took the opportunity to try something different out as I had done with the birds the other day. Massively over-exposing the shot for a B&W process later. This works well as it was the only moment there was no foliage in the shot.

As far as we knew at this stage it was just a lazy evening. Shortly thereafter we heard the Hyenas making a lot of excited noise and knew something must be up, but what? 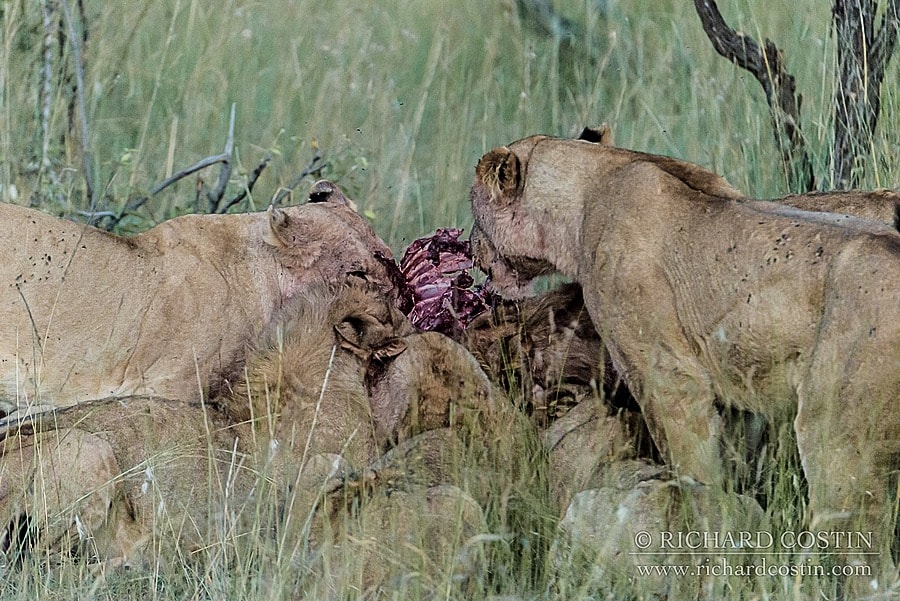 As we maneuvered round we saw the pride had made a kill, meters from us and  in complete silence! Talk about stealth. 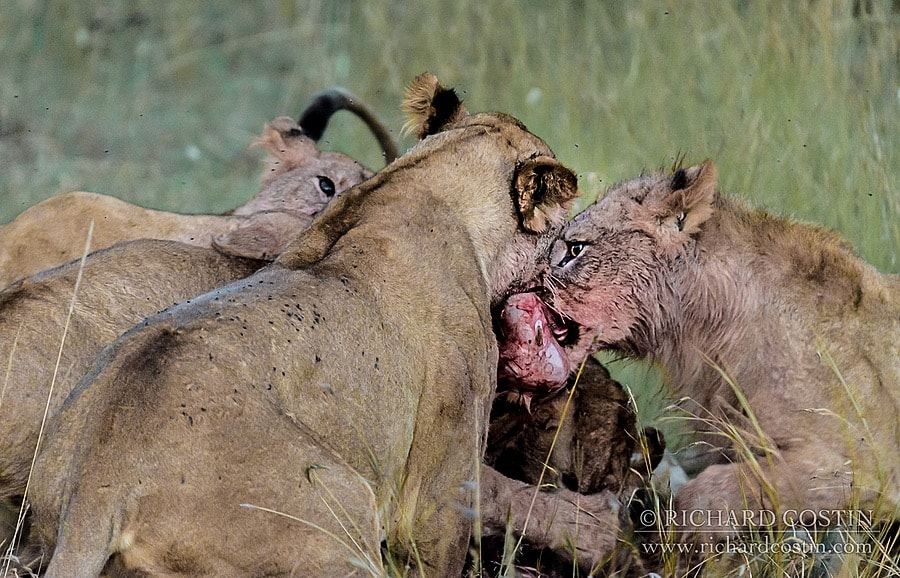 It must have been an opportunistic grab as we saw no signs of hunting behavior moments before and as mentioned, we heard nothing. A very clean kill.

A few shot later the light was basically gone in that small area where the action was happening. We watched the back and forth between the pride and the Hyenas (the Lions just managed to keep them at bay) with our sundowners before backing out and starting to make our way back.

The very last glint of light was catching this girls face as we drove off and a quick, super high ISO grab shot was my last of the day… 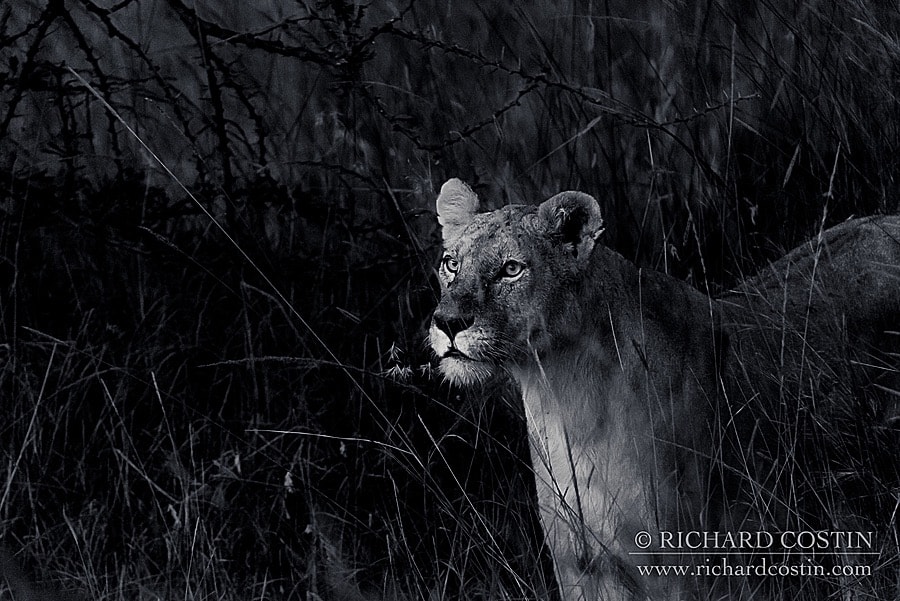 And there we are, short a sweet. Do also check out my rolling Nikon D5 review blog if you are into your gear and check back soon, out trip isn’t over yet.